My book and heart
Shall never part


A was an archer, and shot at a Frog,
B was a Butcher who kept a great Dog.

Concept books play an important role in the development of children’s reading.

This unit provides you with all the skills needed to effectively evaluate concept books. These books are important in the development of children’s reading and should form a significant part of every children’s collection in a library.

The term concept book is very broad: it encompasses alphabet books, counting books and books that teach other concepts such as colours and shapes. Concept books are instructional books that help children start to label and identify their world. The best of these books teach and entertain children at the same time.

When evaluating concept books pay close attention to the design and concept. For younger children, especially, the layout of the pages should be open and not too dense. It is important that the illustrations match the text at all times. In concept books for younger children, illustrations should be clear and simple. They must be on the same or opposite page as the text. Content, as well, needs to be accurate.

Alphabet books
Some of the earliest books produced specifically for children were alphabet books. In addition to teaching the alphabet many of these early books also contained morals or lessons. There are many, many excellent alphabet books available today, and consequently, children may start school already knowing their letters.

Alphabet books are categorized this way: 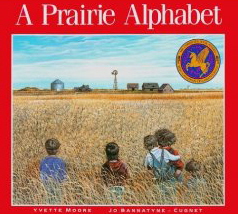 A theme alphabet book is built around a central idea. All of the words used and the objects illustrated in the book relate to that central theme or idea. For example, all lof the illustrations in A Prairie alphabet relate to items found on the prairies. Pot pourri books, on the other hand, show objects that have no links between them. While this type of alphabet book does not demonstrate any unity in subject matter, there is often unity shown in the illustration style or the over-all tone of the book. For instance, Dr. Seuss’s idiosyncratic illustration style provides a sense of unity to his book, Dr. Seuss’s ABC. Sequential story books tell a story while teaching the letters of the alphabet. The Runaway Bunny by Wanda Gag teaches the alphabet while telling the story of a small rabbit who tries to run away from his mother. (Russell 62)

Concepts taught in alphabet books
Alphabet books teach several important concepts about letters and the alphabet itself.
These include
Out of all these skills, learning the phonetic sounds of English is perhaps the most difficult. Russell explains why:


we are usually dealing with phonetic sounds when teaching the alphabet. In other words, the purpose of the alphabet is to help the child associate the shape of the letter with the sound it customarily makes. This is not as simple as it sounds. Vowels, for instance, make several sounds from long to short to everything in between. So the letter “A” can be accurately represented by an “apple” or by an “ape” or by an “auto”. Some alphabet books...take care of this problem by offering several objects on the same page to represent the letter. Dr. Seuss’s ABC demonstrates the various sounds in the text: “Oscar’s only ostrich oiled an orange owl today” demonstrates the “O” sounds. Consonants as well can present problems. Two consonants – “C” and “G” can be hard or soft. So “G” may be represented by a giraffe or a gorilla, for example. And then there is the troublesome “X”. Most books rely on “Xylophone” for “X” – but the phonetic sound is closer to “Z”. Dr. Seuss perhaps has a sensible compromise, by using such words as “Axe” and “Extra Fox.” (64)

Evaluating alphabet books
When evaluating an alphabet book pay particular attention to the book’s layout. There should only be one letter per page. A simple, sturdy typeface is best.

Alphabet books should also be age appropriate. Books for younger children should be fairly simple. The best show concrete objects that are familiar to a younger child such as “ball”. The objects shown be realistically illustrated. For example, some children might confuse the objects, cup and mug. As noted above, the words chosen should also be phonetically correct. In other words, the word “knight” with its silent “k” is not used to illustrate the letter, “k”. Finally, there should be only one letter and object per page.

Older children will appr eciate more complicated pictures in their alphabet books. There may be more than one object on the page. The objects shown do not have to be so familiar: no child has seen a dragon, but he/she will know what one looks like. In addition, the objects do not have to be realistically illustrated. More difficult words may be used in alphabet books for older children.

Two other factors to consider when evaluating an alphabet book: first, make sure that the vocabulary used is meaningful for Canadian children. For example , a British alphabet book may use the word “lorry” rather than “truck”. A young child will find this use of a non-Canadian English word confusing. Secondly, review what words the author has presented for the “difficult” letters in the English alphabet: Q, X, Y, and Z. An effective alphabet book will treat these letters in creative and interesting ways.

Counting books
Also one of the earliest forms of books produced for children, counting books teach children the concepts of numbers and counting. Some counting books may present simple counting; others may incorporate a story line that involves counting.

For younger children it is best to choose books that feature one large number per page. It is useful to show the word for that number as well. When more than one object is shown, as in all numbers above 1, the objects shown should be identical. A realistic or slightly cartooning style is best for illustrations: the objects being counted should be easily recognizable. Illustrations should appear on the same or opposite page. The child should be able to point to the appropriate objects as they are being counted.

For older children counting books can be more complicated. They may feature addition and subtraction or the child may have to search for a certain number of items in the illustration.

Other types of concept books
Beyond alphabet and counting books, other concept books teach and reinforce various concepts or ideas.

The content of these books ranges from relatively simple concepts such as naming colours and geometric shapes through the more abstract concepts such as telling time and learning prepositions (e.g. over, under, between). These types of concept books provide words to help children to begin labelling the world around them. An effective concept book moves from the familiar to the unfamiliar or from the simple to complex when introducing an idea.

Evaluating concept books
Many of the principles outlined for the evaluation of alphabet and counting books also apply to concept books. Clarity and simplicity are paramount. Illustrations, whether photographs or drawings, should be clear and easily recognizable by a child. Photographs are especially appropriate in concept books for younger children. Illustrations should appear on the same or opposite page for the text they are illustrating. Over all layout should be open and inviting to encourage children to explore the book.

Conclusion
Concept books form an important part of children’s first experiences with books. The best teach children important concepts while entertaining them at the same time. Concept books also help with language development. They teach reading recognition and children begin to learn that there is a connection between our oral and written language. The pictures contained in concept books help children anchor the more fleeting oral language. Positive experiences with concept books help prepare a child for becoming a successful reader.